Portions of Ventura County are at very high risk for wildfire with high concentrations on the northern coast leading inland between Santa Paula and Ojai. Additional high fire Hazard Severity Zones, as designated by the California Department of Forestry and Fire Protection (CAL FIRE), occur along the southern coast and continue inland toward Simi Valley. Figures 7-3 and 7-4 show areas of significant fire hazards based on fuels, terrain, weather, and other relevant factors. The maps distinguish these Fire Hazard Severity Zones based on local or State responsibility. Local responsibility areas generally include cities, cultivated agriculture lands, and portions of the desert. Local responsibility area fire protection is typically provided by city fire departments, fire protection districts, counties, and by Cal FIRE under contract to the local government. State responsibility area is a legal term defining the area where the state has financial responsibility for wildfire protection. Incorporated cities and federal ownership are not included. The prevention and suppression of fires in all areas that are not state responsibility areas are primarily the responsibility of federal or local agencies. Additional fire hazard areas are identified on the Ventura County Fire Department Hazardous Fire Areas maps.

Given rising temperatures combined with changes in precipitation patterns, the county may continue to experience an increase in wildfire frequency and intensity as fuel loads become drier and more flammable. Wildfire also presents other health-related impacts associated with emissions of air pollutants during the combustion of organic fuels and other materials, such as particulates (soot and smoke), carbon monoxide, nitrogen oxides, and other substances that can be widely dispersed through a region and degrade air quality. Exposure to these air pollutants can cause acute (short-term) and exacerbate chronic (long-term) respiratory and cardiovascular illnesses, especially in vulnerable populations such as the elderly, children, and agricultural and outdoor workers.

Additionally, wildfire can cause direct and indirect damage to utilities and communication infrastructure, roads, and other public infrastructure. Direct exposure to fire can sever transmission lines, and heat and smoke can affect transmission capacity. Furthermore, fires can cause acute damage to soil structure and moisture retention thus increasing susceptibility to erosion or landslides. Following the Thomas Fire in December 2017, Santa Barbara County, which is located directly northwest of Ventura County, experienced powerful debris flows following a severe rain event. The level of precipitation coupled with the exposed landscape resulted in debris flows that caused the deaths of 22 people.

This section focuses on protecting against and preparing for potential wildfire hazards as well as restoration efforts for previously burned areas.

Goals, policies, and implementation programs focusing on access and evacuation during a wildfire disaster are in Section 7.12, Emergency Response of this Element, and fire protection are in Chapter 5, Public Facilities, Services, and Infrastructure Element.

To improve the resilience of the County to wildfire risk by locating, designing, and constructing development in a manner that minimizes the risk, and by providing effective fire prevention, suppression, and rescue services and facilities. 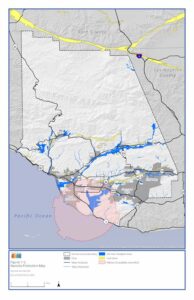 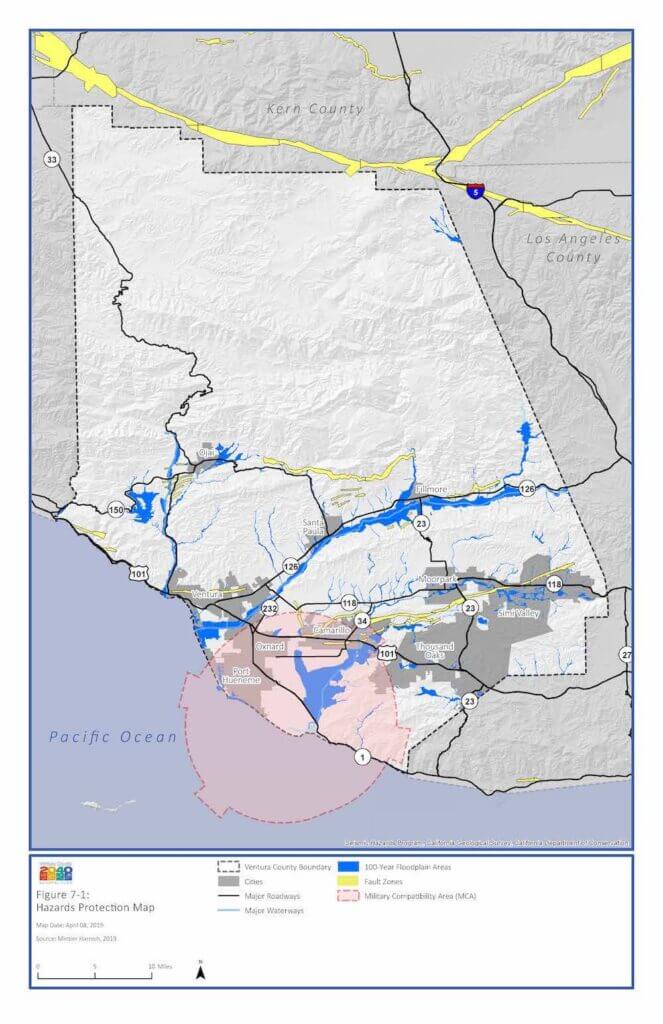 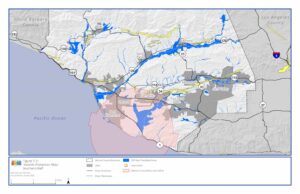 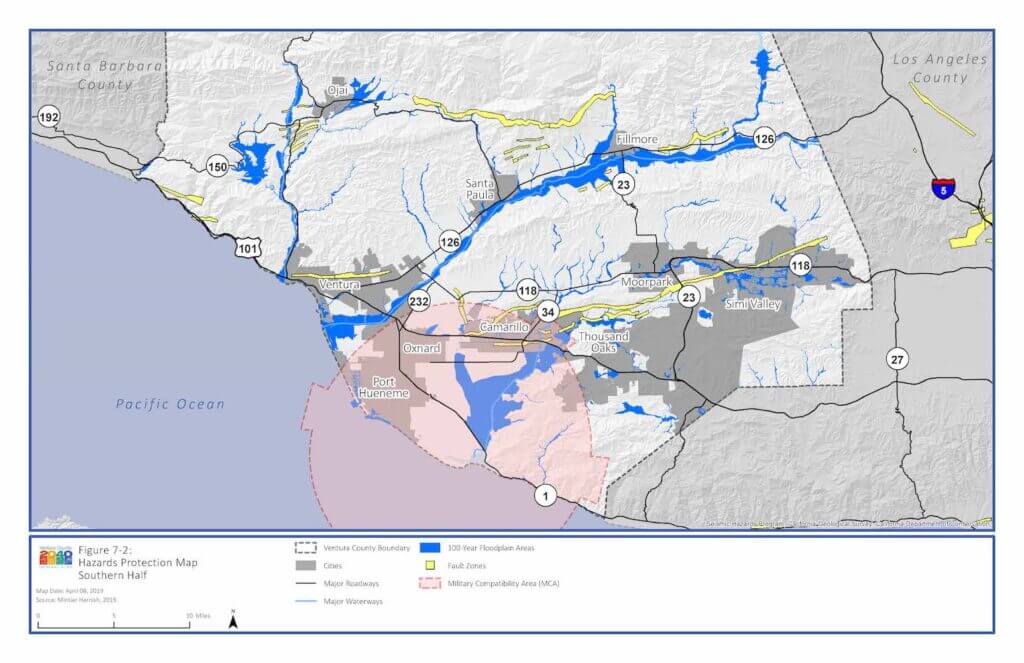 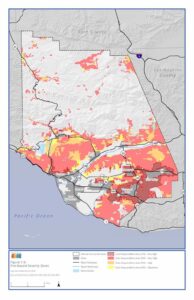 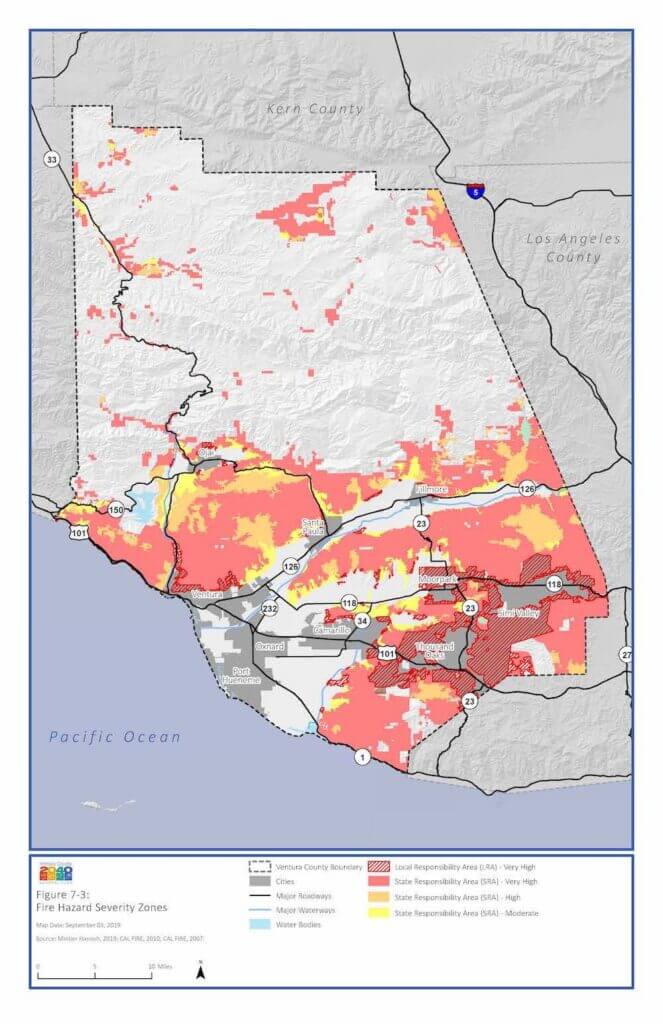 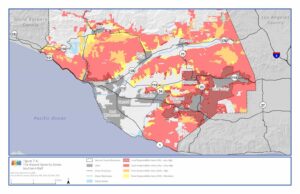 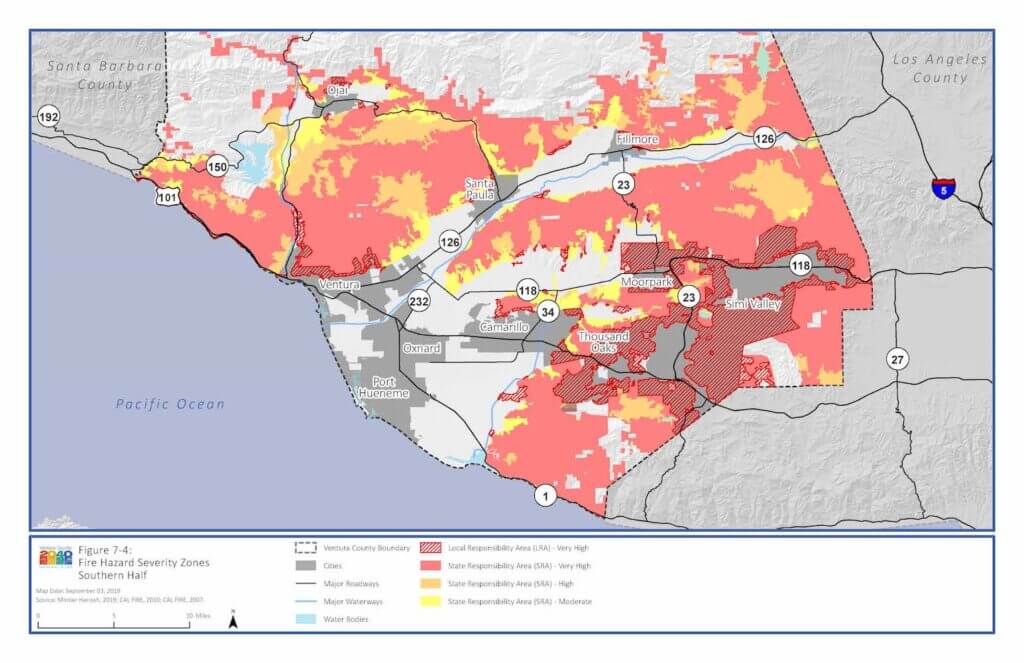